The Show Must Go On - For Now From Home

Many of us are stuck at home. Sure we’re working – but you can’t work all day. The commute also is non-existent. Some of us have tried to clean out drawers and closets and soon realized that it’s not that we couldn’t find the time, but we just don’t have the interest. 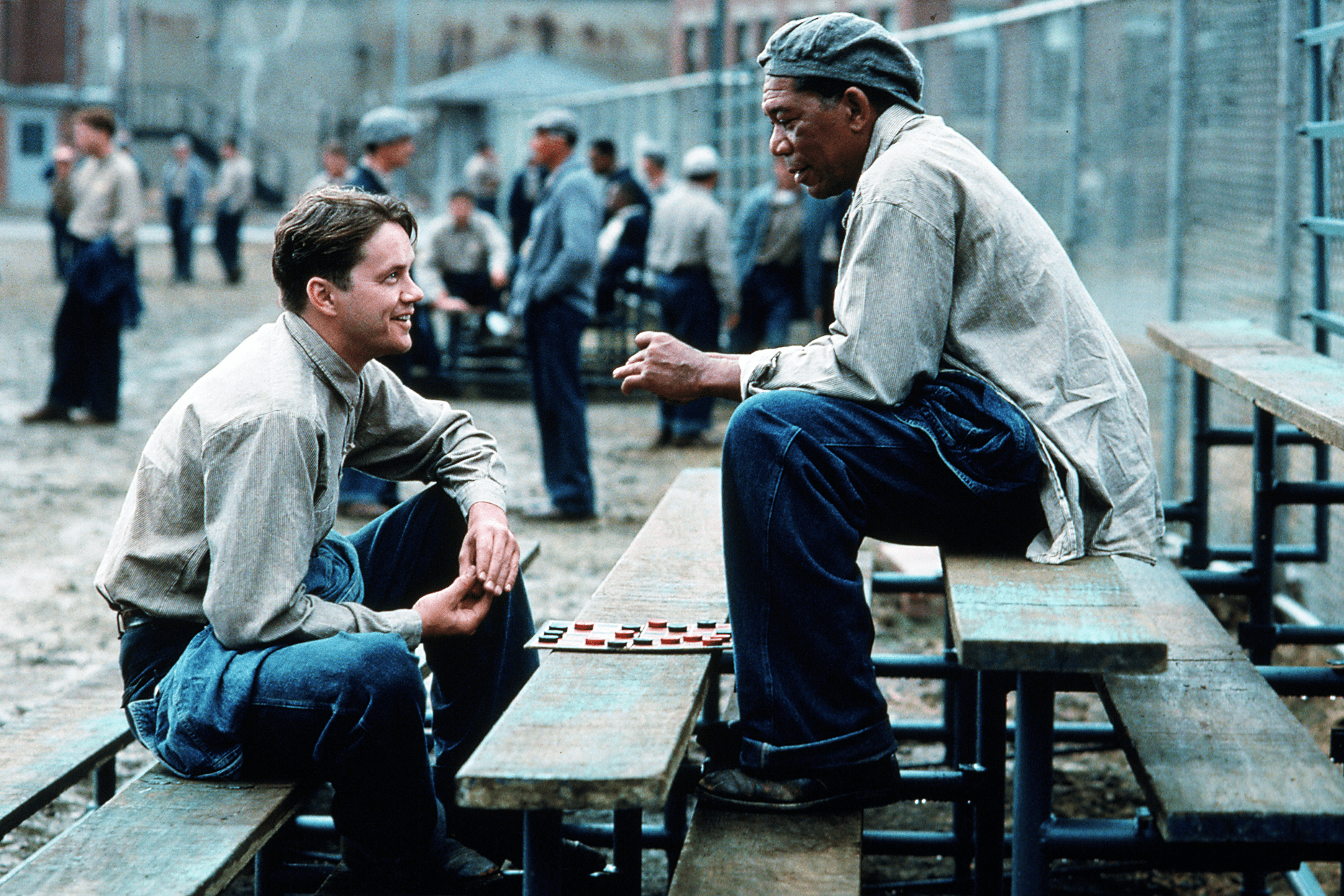 Many of us are stuck at home. Sure we’re working – but you can’t work all day. The commute also is non-existent. Some of us have tried to clean out drawers and closets and soon realized that it’s not that we couldn’t find the time, but we just don’t have the interest.

Hi! My name is Kevin M. Thomas and I am the Director of Sales at Executive Inn & Suites. As our hotels’ Director of Sales, my job is to try to find and maintain business; New business, old business and returning business. However travel is the last thing on people’s minds right now - even mine.

So I have a secondary career, more a passion, and that is the arts. I love live shows, concerts and movies! During this time we can’t do any of those. But we can pretend and enjoy them from home!

I’ve been video blogging for the past several weeks on YouTube using my hashtag #AtHomeFilmFestival. While my target audience is different than many of our hotel customers, I am curating an eclectic mix of movies to share with our hotel friends. This broad mix of film highlights  the diversity that Oakland embraces and that same diverse spirit that has kept us atop of the ‘Oakland best lists.

With all that being said – listed below are movies you can watch from home – and mostly for free! Even those that cost will only put you out a few dollars, making it still less than going to a movie and buying the obligatory treats. I hope you enjoy the variety – and the categories that are lumped in. Your feedback is always welcome – so hit the REPLY button below with comments and let us know if you like this and what movies you recommend.

‍Oakland is an exciting city – I started the hashtag #YouDontKnowOakland when I left working in San Francisco to shed a spotlight on our city on the sunny side of the Bay. But did you know Oakland has a had a lot of wonderful movies made here? This list won’t include “Black Panther” (filmed in Oakland) as you don’t need our suggestion to see such a blockbuster. But here’s a couple smaller movies you might try or ones you haven’t seen in awhile.

“East Side Sushi” is great at spotlighting Oakland and is the story of a young Latin woman who wants to be a sushi chef. Yet, she’s a woman and not Japanese and, thus, turned down! Watch the lengths she goes to in order to make her dreams come true. It’s free to watch on Amazon, Roku Channel and Vudu.

“Up!” YES we all have seen this animated classic – but it’s on our list as you may not remember or have noticed, but in the movie they go to Oakland’s Fenton’s Ice Cream! It’s free if you’re on Disney+ or just a few dollars on Amazon or YouTube.

“Moneyball”  is definitely an Oakland film! The Oscar nominated Best Picture focuses on A’s owner Billy Beane and how he uses his accountant to try to help with his odds to build a World Series winning team. It’s currently free on Roku and Starz.

“Mrs. Doubtfire” is another classic and riotous cross-dressing comedy with Robin Williams in one of his best roles. While it mostly takes place in San Francisco, the memorable pool scene with the “drive by fruiting” was filmed at the Claremont Hotel (yes, we don’t mind giving shout-outs to our friends in hospitality!)

“Blindspotting” definitely showcases Oakland and its star Daveed Diggs was born in Oakland. Should you not know Diggs, you will be surprised you do! He won the Tony Award for Best Actor for “Hamilton” – you probably heard of that! He’s equally wonderful as a man who is at a crossroads in life and want to re-evaluate his choices. Free on Hulu and Stars and just $1.99 on Amazon.

‍Here’s few highlights of movies you can catch on Amazon!

“The Farewell” surprisingly got  ZERO Oscar nominations after winning so many other awards. It’s as funny as it is dramatic about a Chinese family that decides to throw a wedding to hide the fact from their grandmother that the grandmother is dying.

“The Spy Who Dumped Me” didn’t make any money so we missed it at the theatre. Now’s your chance! Very much like a female James Bond movie – but with lots more humor – with Mila Kunis who goes on trip to track down her possible spy boyfriend. She takes a long her best friend Kate McKinnon and we get a super fun road trip to watch. (A good double feature with Melissa McCarthy’s “Spy.”)

“The Dressmaker” also was passed over at the theatres. Maybe because it seems like a period piece – but it’s also super witty and has a body count as Kate Winslet returns to her small hometown seeking revenge! Along the way she hooks up with Liam Hemsworth.

“Brittany Runs a Marathon” also has a very funny female lead with Jillian Bell as a young woman who decides to stop being a dufus and make something of her life.

“The Brothers Grimsby” will prove how diverse these offerings are as this is not a period piece or chick flick. A friend of mine saw it and said “It’s disgusting….when can I buy the DVD.” Sacha Baron Cohen (from “Borat”) tops himself in the crude department and if you like an extra helping of vulgar, seek out the unrated version (not on Amazon Prime).‍

“The Shawshank Redemption” is considered one of the best films ever made – by critics (90% on Rotten Tomatoes) and the public (98%). Yet many of us missed this story of a friendship that starts in prison and leads to a rollercoaster of emotions.

“Up in Smoke” – come on dude, smoking marijuana is legal so what a perfect time to catch up with Cheech & Chong while you’re stuck at home. Lead to many sequels so you have time to watch them all.

“Strictly Ballroom” is a fantastic movie with dance and music and should be on Broadway. From the man who brought is “Moulin Rouge,” this Australian film follows the ups and downs of a group of people in a ballroom dance competition.

“Guess Who’s Coming to Dinner” is a classic 1967 movie about a young white woman who brings her African American boyfriend (Sidney Poitier) home to meet her parents: Spencer Tracy and Katharine Hepburn. Added a classic to the list for variety but if you like more current, you can watch the inferior sort of remake “Guess Who?” with Ashton Kutcher.‍

“Booksmart” is one of the funniest and most intelligent comedies from last year but people just didn’t go. It’s about the last night of freedom of two high school girls who studied all through school so they had grades good enough for Yale. Well, it turns out – even the partying cool kids got into good schools. So they need to make up for fun times. Stat.

“Heathers” is another trip back to high school – this time is more parody then comedy where Winona Ryder learns that no matter how many Heathers you kill, there’s still a hierarchy on campus.  A complete and accurate depiction of late 1980s teen world – except the killings.

“Misery” from the Stephen King novel has Kathy Bates in an Oscar winning performance who holds her favorite writer hostage until he changes the ending of one of his novels to her liking. She stops at NOTHING to get what she wants.

“Warrior” is another movie that should have been a big hit as those who see it, love it as does the critics. Yet this story of two estranged brothers who end up getting in the same cage fighting competition just didn’t connect with an audience first time around. Watch Tom Hardy and Joel Edgerton go at it in the ring and out!

“Fighting with My Family” is based upon a true story of a father who spends his life training his son to be a prized fighter – and yet it’s his daughter who succeeds and has to work past stereotypes of women in the ring and yet it doesn’t fall into any filmmaking clichés along the way.

There you have it…a variety of movies for every taste. Speaking of taste, we will share with you locals some great ways to support local restaurants next week! 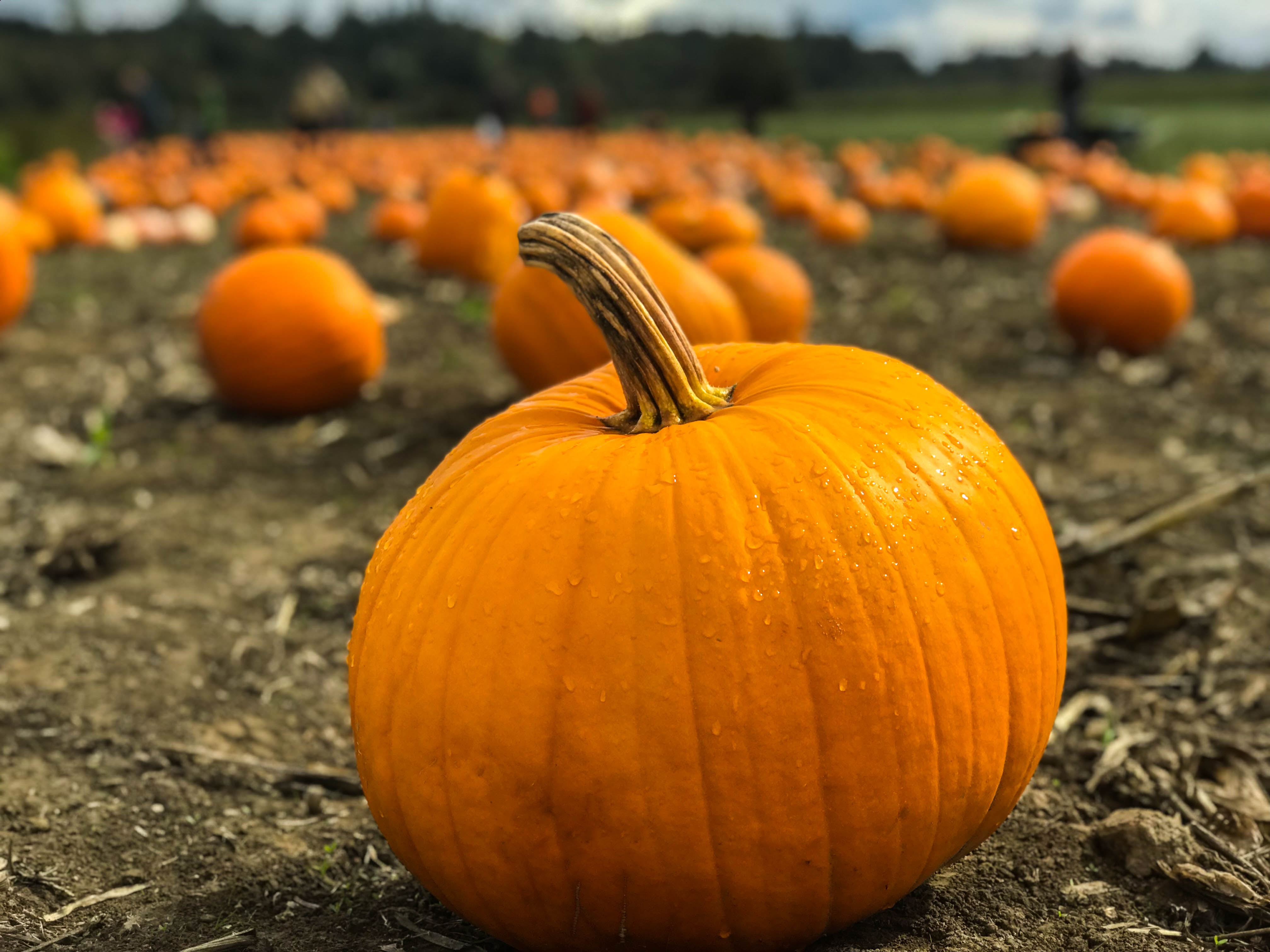 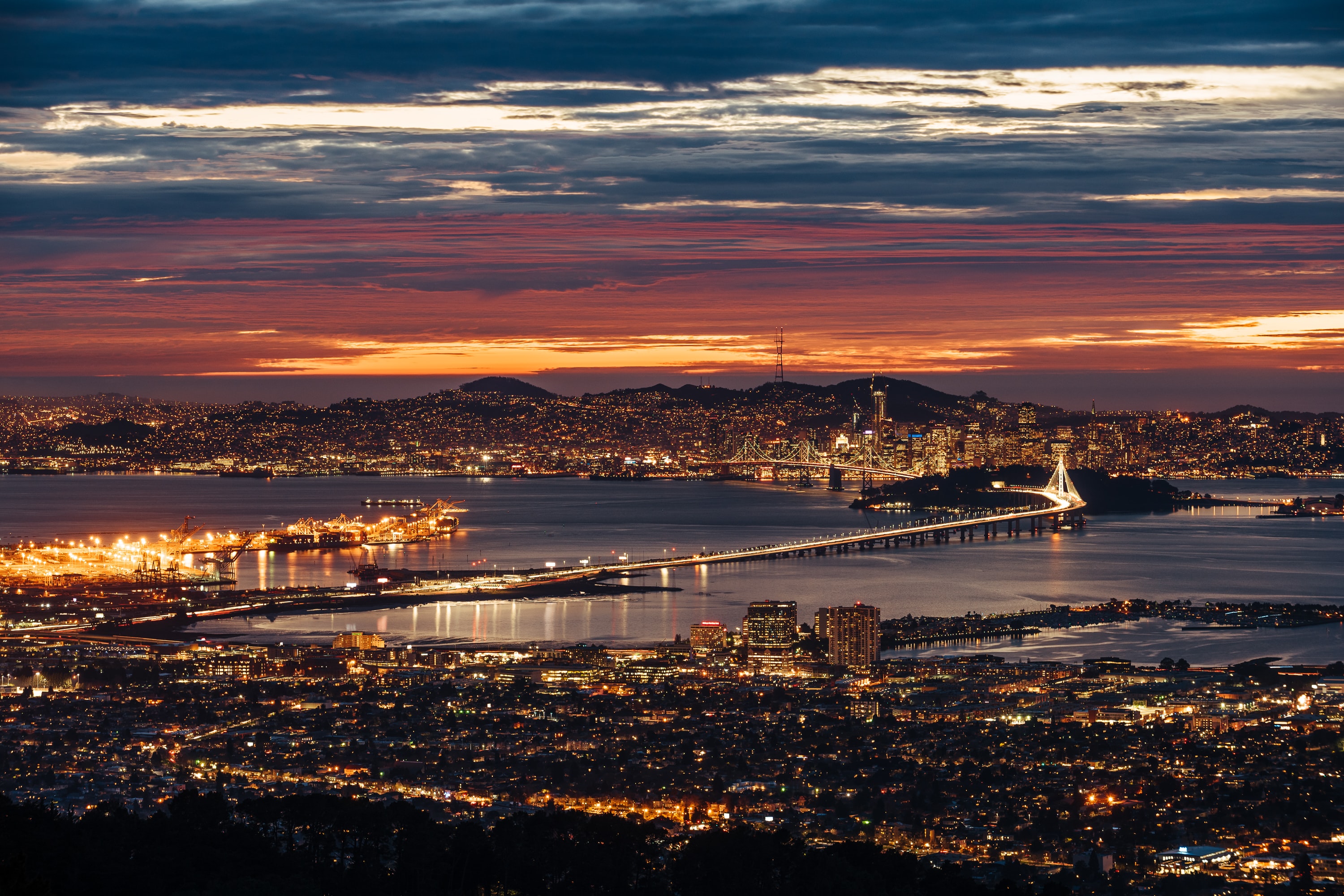 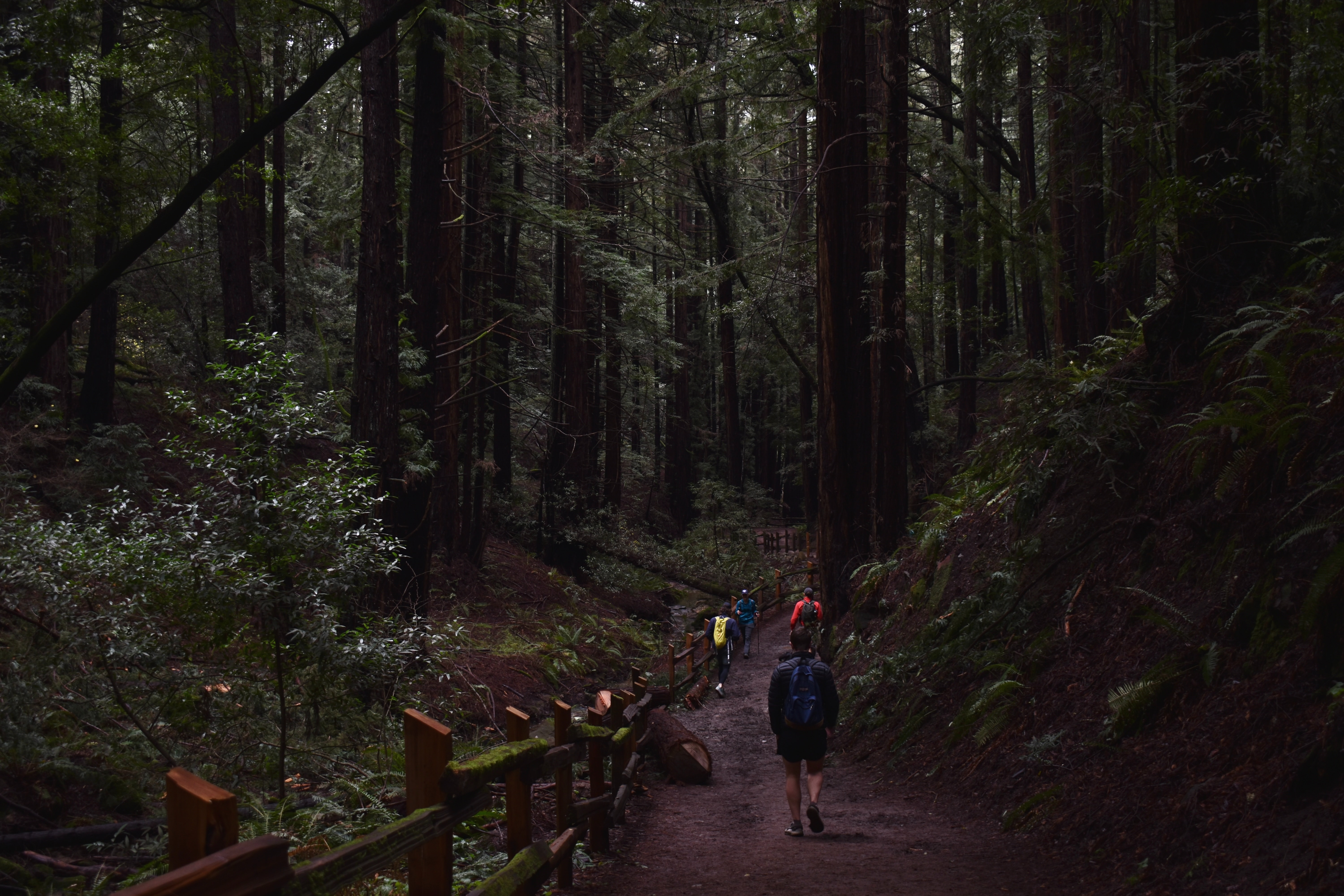